Most of Andy's research activities at Bielefeld University were located in the exciting and productive fields of spintronic and neuromorphic devices. Memristive systems were used to mimic the synaptic functionality of the brain with a simple device. In spintronics, one utilizes the spin or the magnetic moment of the (quasi-)particles in solids to store and manipulate information.

Memristors can be utilized to pave the way to computer architectures that are more similar to the (human) brain than von-Neumann computers. In principle, neural networks work as a combination of neurons and synapses. Electronic devices can easily emulate the neurons and their behavior, however, it turned out to be more difficult to mimic the synaptic functionality. The memristor can fill this gap and also allows the access to analog values.

Another research direction explored the physics in spin dependent devices exposed to a temperature gradient, which is called spin caloritronics. In particular, he looked into the magneto Seebeck effect in magnetic tunnel junctions. This was done in the framework of the DFG priority program SpinCaT. 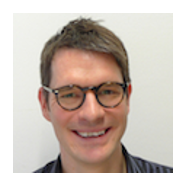 PD Dr. Andy Thomas studied physics at Bielefeld University. After a two year fellowship at the Massachusetts Institute of Technology he returned to Bielefeld to work as a senior researcher. In october 2009, he received an independent researcher grant from the NRW state government and he worked as a visiting professor at Mainz, Osnabrück and Hamburg universities. Since July 2015 he is group leader of the Quantum Materials and Devices Group at the Institute of Solid State and Materials Research (IFW-Dresden).
Goto top